In modern Russia, you can still hear the phrase "Ждём всех на субботник завтра!" "We are waiting for everyone on a Subbotnik tomorrow!".
But what is it? Why do Russians say that “subbotnik” was only in the USSR? 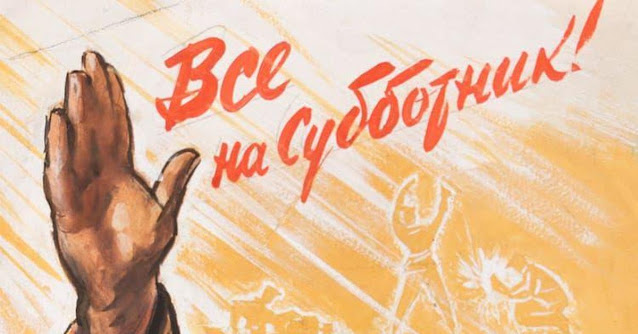 Subbotnik is organized unpaid work on the weekends (Saturday or Sunday).
It is important that subbotniks were absolutely voluntary, they were attended by communists who wanted to make the country, city, district, street better, more beautiful and more convenient.
The first subbotnik was held on April 12, 1919. It was called the Communist Subbotnik. This subbotnik was organized by the initiative of Lenin in order to improve the work of the railways during the Civil War.
On April 12, 1919, 3 steam locomotives were repaired. Only 15 people took part in the subbotnik.
The administration liked the idea and they began almost every weekend.
On May 10, 1919, the first mass subbotnik took place (250 people participated).
May 1, 1920 held the first All-Russian subbotnik. Vladimir Lenin himself, the head of the Soviet state, took part in this subbotnik. 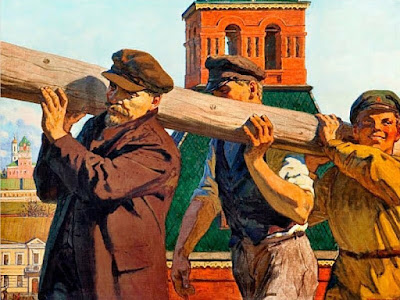 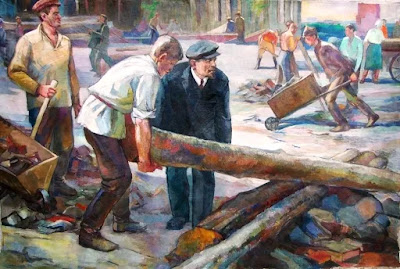 After that subbotniks became more wide - at the place of work, at the place of study, at the place of residence. They were carried out at different times and held more than once.
But the most important communist subbotnik took place in April (close to the date of April 22 - Lenin's birthday) and was associated with the arrival of spring. At the end of April, the cities were transformed (became more beautiful) with the help of their residents, who cleaned the territory , painted, and repaired on subbotniks.
Of course, the principle of voluntariness (I want and go) has already disappeared. People went to subbotniks because they "needed", or as the Russians call it, "necessarily forced" or "a voluntary-compulsive way"
Now subbotniks also exist in some state organizations. For example, in schools and kindergartens children and parents are invited to put in order classrooms and the area around the school.
Of course, now subbotniks are not obligatory, they are hold very rare and special organizations are often invited.
Pictures from yandex.ru.
Email Post
Labels: interesting facts RuLangClub Russia Russian history traditions in Russia