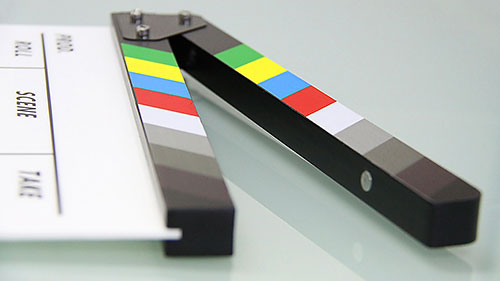 "The Crew"
(2016), director Nickolay Lebedev.The slogan: "When the earth is burning, salvation is in the sky".The second Russian movie in the format IMAX ("maximum image").
The young pilot Alexei Gushchin dreams of flying and sees his life only in the sky. But he has a wayward character, which really hinders him in his work. During the test on the aircraft simulator Alex meets with an experienced pilot Leonid Zinchenko, who also has a complex character. During the emergency landing, Zinchenko specifically gives unimaginable parameters in the task, and Gushchin "breaks the plane" and does not pass the test. After that, Leonid Zinchenko himself sits on the air trainer and also "smashes the plane" with exactly the same parameters. Recognizing the task as impossible, he decides to take Gushchin, but so far only as a trainee. So Alexey finds work and becomes the second pilot-trainee on the airliner Tu-204SM...
"Gagarin. The First in Space"
(2013), directed by Pavel Parkhomenko
Historical film-biography about the life of the first cosmonaut Yuri Gagarin. The film tells the story of the life of the first cosmonaut from childhood, his service in the army and his desire to fly into space. It also shows how the cosmonaut corps was preparing for the historic event and why it was Yuri Gagarin who became the first.
"Moms"
(2012), film company Enjoy Movies
Every year on March 8, telephone networks transmit millions of calls and SMS messages. The vast majority of phone calls are addressed to the most important women in the life of every person - mothers. But what if a phone collapse happens? If the phone does not work or the balance is over? So, there is no connection. What to do? Someone will wait until it is restored - will congratulate moms in the evening or even the next day, and someone will do everything to congratulate on March 8th.
"Elena"
(2011), director Anrey Zvyagintsev
Two years ago, an elderly and wealthy businessman, Vladimir, married Elena after almost 8 years of living together. They have children from previous marriages: Elena has an infantile son Sergei, who cannot decide anything on his own, Vladimir has a carefree and familyless daughter, Ekaterina. Elena's grandson, Alexander, needs money to pay for admission to the university, or he will be taken into the army. Elena asks her husband for money. Vladimir refuses, and then ends up with a heart attack in the hospital...
"Black Lightning"
(2009), director Alexandr Voitinsky, Dmitry Kiseliov
The plot of the film begins in the Soviet time, when a group of Soviet scientists made a nanocatalyst that can turn ordinary gasoline into rocket fuel. But in the USSR this project was closed.
In modern times, a young student of Moscow State University Dmitry Maikov receives a gift from his father - a black car "Volga GAZ-21". Dmitry doesn't like this gift, but soon he learns that his old car can fly. At the same time at university he meets a beautiful girl Anastasia, but he has a rich rival. And Dmitry has an idea how to earn money on his car...
"Autumn marathon"
(1979), director Georgy Danelia
The story of an intelligent, talented, kind, but indecisive and spineless person. The hero of the film, Andrei Buzykin, does not know how to deny anyone anything, he is afraid to upset everyone and, as a result, endlessly finds himself in difficult and funny situations. Finally Andrey decides to change his life and make the right choice...
"Moscow Doesn't Believe In Tears"
(1979) director Vladimir Menshov
The end of the 50s. There are not enough workers in Moscow. Young boys and girls come from the provinces to the capital, ready to live in a hostel and do hard work, in the hope that in Moscow they will find their happiness. Among them are three friends: the main character of the film, Katya, who came to the capital to go to college, but failed in exams, Tonya, who quickly marries the same worker as herself, and Lyudmila, who is energetically looking for a rich and famous husband . Three friends in different ways seek success and happiness in life. Three different fates, three different stories...
"The Irony of Fate, or Enjoy Your Bath!"
(1975), director Eldar Ryazanov.
Interesting and very popular comedy by Eldar Ryazanov. On New Year's Day, December 31, 4 friends went to banya (Russian sauna), where they traditionally gather together to "wash off all bad things"  and meet the new year clean. As a result, one of the friends accidentally comes to Leningrad. In the city he gets in a taxi, calls his address, opens his apartment with his key, but finds himself in someone else's apartment ... It's not Moscow, it's Leningrad. The story is just beginning;)
"Gentlemen of Fortune"
(1971), director Alexandr Sery
In Central Asia, three criminals steal the golden helmet of Alexander the Great from excavations of an archaeological expedition.
In Moscow, the head of the expedition, Professor Nikolai Georgievich Maltsev, accidentally sees a man who looks like one of the criminals - a gangster named "Associate Professor". But this person (Troshkin) works in a kindergarten.
All the bandits were caught, but they did not find a helmet.
Police officers asked Troshkin to help in the search for a helmet, and the bandits escaped from prison...