If you are studying Russian, then you already know that there are two forms for "YOU". And at first it was unusual and difficult for you to remember. For Russian people, this also was strange and unusual in the beginning. 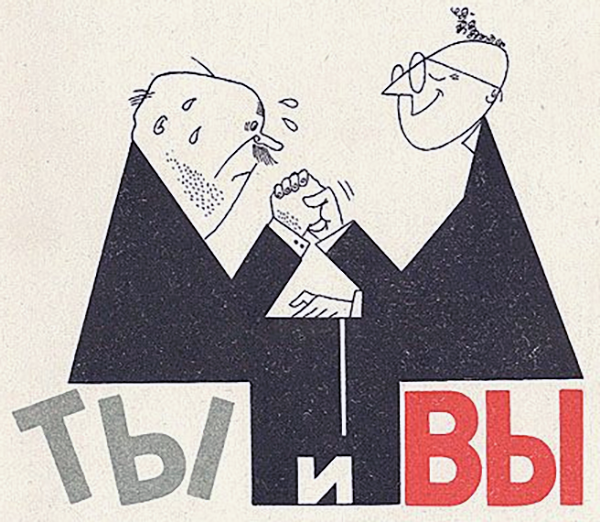 Few people know, but it was Tsar Peter 1 who supplemented the Russian language with the "Вы" form, which he noticed while traveling around Europe.
This form of etiquette has come into the Russian language for a very long and difficult time, but now we don’t even remember that "Вы" has non-Russian roots. :)

Of course, there are exceptions ↙
→ when a person asks you to use 'ты'. It shows the close distance between people (they become friends) - Давайте перейдём на "ты".
Switching to "ты" is suggested by a person who is older, or by a woman, if the conversation is between a man and a woman.
→ it happens and vice versa - when a person addresses you as "ты", but this form is unpleasant for you. Then you will say: Давайте, не будем переходить на ‘ты’. or Почему вы мне ‘тыкаете’?= Не ‘тыкайте’ мне. But in fact the whole situation is a gross violation of etiquette

Now let's take a closer look at the difference.
Usage of "Вы" emphasizes the officiality and respect for the interlocutor, and also must follow the specific rules of etiquette:
When using the "Вы" form, you can use the last name, first name and middle name or only the name (but in full form).
Господин Иванов, проходите в кабинет.
Фёдор Иванович, директор ждёт вас.
Фёдор, мы вас очень ждали.
Also, when using the form "Вы", the imperative form is often used with the ending in '-те'.

"Ты" is a colloquial form of appeal to well-known people that shows close relationships:
Conclusion: In Russian, there are two forms of "YOU" - "ты" and "Вы". If you're not sure how to do it, better say "Вы". :) Everyone will think that you are a very polite person.

Exercise:
What form will you use in these situations ↙
(A) you came to the doctor and tell him about your headache;
(B) you are talking with children, your child’s friends;
(C) on the street you met your boss;
(D) you met a classmate whom you had not seen for more than 10 years;
(E) you ask your teacher for advice.