Russia is a large country and there are many religions on its territory. Most of Russians profess Orthodoxy (the eastern direction of Christianity). And the Orthodox Church celebrates Christmas on January 7 according to the Julian calendar (or the "old style"). 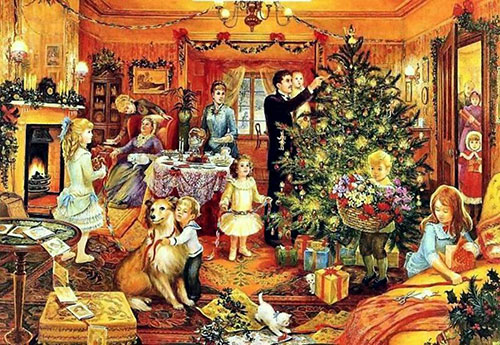 It is important that on December 25 and January 7 is the same holiday - Christmas, but it is celebrated on different days because of different calendars.
The Julian calendar (named in honor of Julius Caesar) was introduced into the Roman Empire on January 1, year 45 BC.

In Russia there were many different calendars - beginning of the year from March 1 or September 1. And only under Peter I in 1700 there was introduced a new calendar for Russia - Julian, in which the year began on January 1.
Pope Gregory XIII in 1582 introduced a new calendar in the church - Gregorian (or "new style"). On the territory of Russia, the Gregorian calendar was introduced on January 24, in 1918. But the Russian Orthodox Church still adheres to the old style calendar, or the Julian calendar.
Thus, Christmas is celebrated later.
By the way, that is why in Russia there are 2 New Years. :)))

Christmas (one of the main Christian holidays) is the day of birth of Jesus Christ, the son of God.

Christmas in Russia appeared with the adoption of the Christianity under Prince Vladimir and the baptism of Rus in 988.
Before the October Revolution there were the obligatory attributes of the holiday: theatrical performances of the birth of Christ in Bethlehem, caroling, a Christmas tree in rich houses, a festive dinner and a gift from the Russian Ded Moroz. Christmas was a great religious and family holiday.
But at the beginning of the Soviet Union, religious holidays were banned, often changing their meaning - working day or a day off, and in this regard, the tradition of celebrating Christmas began to disappear. Even in 1929 Christmas was forbidden to celebrate at all!

But the Soviet government could not cancel the holiday completely. Instead of Christmas, a new social holiday appeared on January 1 - New Year. Many of the Christmas attributes were moved to January 1 - a Christmas tree, Ded Moroz and gifts.
The official Christmas celebration returned only in 1991, although before that the church and the believers still celebrated this holiday.

And after begins Christmas Eve (the days of the glorification of Christ) until January 19 - Baptism day.

Today, believers on the night from January 6 to January 7 go to church for the big celebrations, and those who can not go to watch on TV the Christmas celebrations from the Cathedral of Christ the Savior. 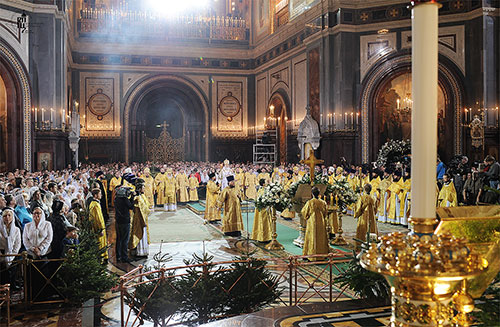