The collection of New year movies and cartoons

To create a festive mood, we often watch films and cartoons. I propose to get acquainted with the New Year's film collection in Russian.
There will be films and cartoons that are watched and shown in Russia every year.
Watch and write what you liked, what you have already seen, and what you definitely want to see. 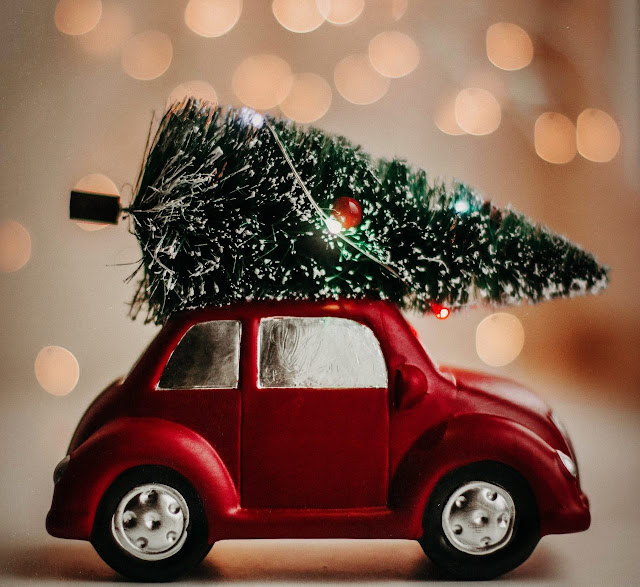 Irony of Fate or Enjoy Your Bath! (1975)
- one of the most popular Soviet comedies
Carnival Night (1956)
- comedy musical film
Sorcerers (1982)
- a musical film about New Year's magic
Old New Year (1980)
- life stories about two families - the intelligentsia and the working class
Twelve months (1972)
- Russian folktale
Morozko (1965)
- musical film-fairy tale
This Merry Planet (1973)
- New Year's adventures of aliens (aliens)
New Year's Adventures of Masha and Vitya (1975)
- the story of how two friends save the granddaughter of Ded Moroz
Personal life of Santa Claus (1982)
- the story of an actor who worked as Ded Moroz every year
Zigzag of Fortune (1968)
- Soviet comedy about winning the lottery

Winter in Prostokvashino (1984)
- the story of how the heroes meet the New Year in their favorite place with their loved ones
Wait for it! (issue 8, 1974)
- a short and funny story from the life of the Wolf and the Hare
Twelve months (1956)
- Russian folktale
The Night Before Christmas (1951)
- an animated version of the famous story of Nikolai Gogol
Nutcracker (1973)
- the well-known fairy tale of Hoffmann
The Snow Queen (1957)
- film adaptation of the famous fairy tale by Andersen
Snowman Mailer (1955)
- a story about a little helper of Ded Moroz
New Years Adventure (1980)
- a puppet cartoon about a typical situation for the New Year
Ded Moroz and the Gray Wolf (1937)
- the story of how the Wolf decided to become the main hero of the holiday
New Year's Journey (1959)
- a little boy goes to Antarctica for a real New Year

Kazan orphan (1997)
- New Year's comedy about a young girl who was looking for her father and found three at once
Poor Sasha (1997)
- the story of a little girl who wants to see her mother more often
Come See Me (2000)
- a week before the New Year, you need to have time to see and feel everything
New Year's tariff (2008)
- New Year's Eve is always full of wonders and surprises, even in the era of technological progress
Fir-trees (2010)
- stories from the lives of several heroes who want a miracle in the New Year
Happy new year, mothers! (2012)
- melodrama and comedy about the most dear people - mothers
Wonderland (2016)
- the most ordinary heroes find themselves in the most unusual situations
SOS, Ded Moroz or Everything will come true! (2015)
- a family comedy, after which you will start to believe in miracles again
New Year's Eve (2012)
- holiday history with family
The Irony of Fate. Continue (2007)
- continuation of the beloved film, but the main characters are already the children of the main characters
New Year is an important and beloved holiday. Perhaps that is why every year new films appear with new characters and interesting (not always) stories.
Here I have brought only those films that I liked more than others. I really love some of them, and I advise you to look at some for a change.
Picture from pexels.com.
Email Post
Labels: interesting facts RuLangClub Russian holiday traditions in Russia