The city of St. Petersburg was founded by Peter I in 1703. City Day is celebrated on May 27.
From 1712 to 1918 the city was the capital of the Russian Empire.
It was in St. Petersburg that the first museum (Kunstkamera) and the first university (Academic University) were opened. The city is now called the cultural capital of Russia. 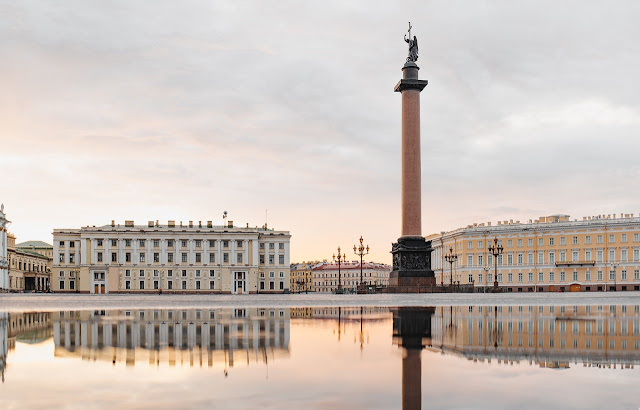 The most famous places in St. Petersburg are located along the Nevsky Prospekt street or not far from it. Of course, these are the Winter Palace on Palace Square, the Admiralty, St. Isaac's Cathedral, Vasilyevsky Island across the Palace Bridge.
There are over 200 museums in the city. The most famous: the Hermitage, the Russian Museum, the Kunstkamera, museums of Russian writers and poets (Pushkin, Dostoevsky and others).
But the city center itself is also a kind of open-air museum, which can be viewed from the rivers and canals of the city.

The official symbols of the city are the coat of arms (a red shield with anchors and a golden scepter with an imperial crown), a flag (similar to the coat of arms, the same attributes only without the shield) and the anthem from the Bronze Horseman ballet.


The unofficial symbols of the city are its attractions:
- a monument to Peter I "The Bronze Horseman" behind St. Isaac's Cathedral; 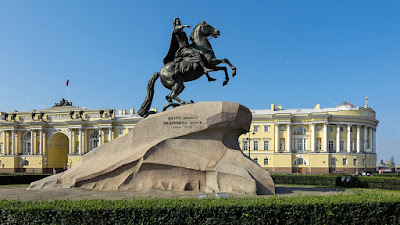 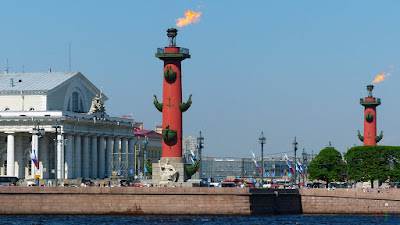 - raised bridges (the most famous is the Palace Bridge near the Hermitage);
- Pillar of Alexandria on Palace Square;
- the cruiser "Aurora", which stands on the Neva River and now works as a museum.