Moscow is a big metropolis, a capital with own problems - traffic jams. And so the most convenient transport is the metro. 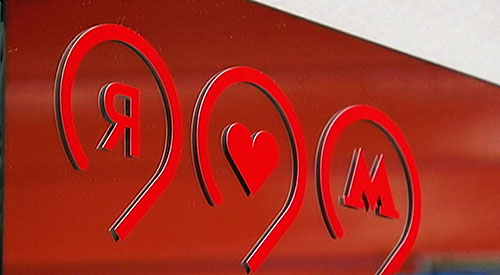 The metro in Russia was intended to be built by Tsar Nicholas II, but the state affairs distracted him from the realization of the idea. And the metro appeared only in 1935, exactly on May 15, 1935, when the first subway line was opened (the red one) from the Sokolniki station to the Park Kultury station.
Stalin burned with the idea of the most beautiful metro and the projects of each station claimed personally (in his period were built 4 metro lines!). Muscovites are now proud of the beauty of their transport, and tourists eager to go on excursions to the stations of the Moscow Metro.

Every year new stations open. So, according to the plans of the Moscow government till 2020 35 more new stations will be built.
The very first metro station is Sokolniki (May 15, 1935)

But we definitely know that there is a buffet at the Arbatskaya metro station, the Metropolitan Museum at the Vystavochnaya station (by the way, you can also book a tour of the metro stations in foreign languages).
In addition, there is a unique project - "Night at the Museum", when for one night the metro station becomes an art-playground. So, for example, on the night of July 17-18, the Mayakovskaya station turned into a cinema for the premiere of the first episode of the seventh season of the "Game of Thrones".
These are just a few interesting facts about the Moscow metro. :) 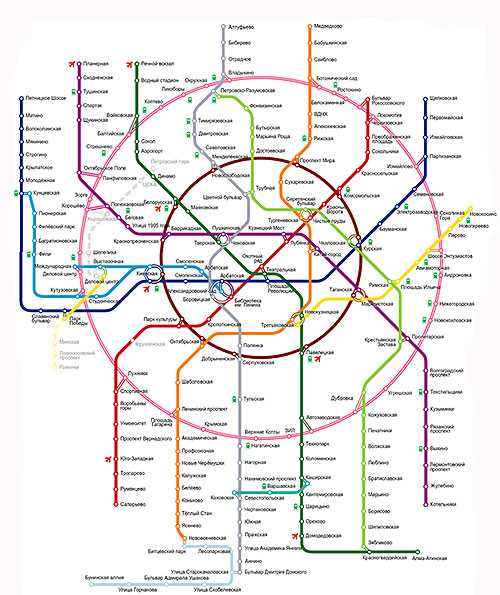 And now phrases that you can hear or read in the trains of the Moscow Metro:

In the end, a little funny task about the Moscow Metro - listen to the song about the metro and try to record all the named subway stations. To help you - the metro plan. ;)
You can receive the correct answer by e-mail (write it in the comments).