- 33 letters;
- some letters can denote several sounds
- and some - do not have sounds at all. 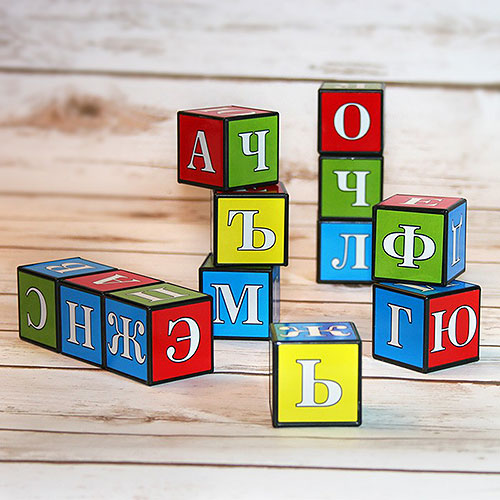 Slavic, or Old Slavonic writing ("glagolitsa") originated in 863 in Bulgaria, when two brothers Cyril and Methodius created the Slavic alphabet for translating church books from the Greek language.
The Slavic alphabet ("cyrillic alphabet") consisted 43 letters - 24 Greek letters and 19 new letters. How the alphabet looked in 9th century you can see here >>

In the Ancient Rus alphabet appeared in the late 10th century, when the Russians adopted Christianity, and from that time the history of the Russian alphabet begins. :)

In the process, the Russian alphabet was transformed:
As you can see, many changes occurred in the 18th century and until the 20th century the alphabet remained the same - officially 37 letters.
Today there are still discussions about some letters of the Russian language.
For example, the letter "Ё" want to be removed, but then there will be problems in understanding some words - "все" and "всё". Although, now in printed editions letter "Ё" is used only in certain words, in other cases  remains letter "E". But in pronunciation these letters are different.

Thus, in the Russian alphabet 33 letters, 10 letters denote vowel sounds and 21 - consonants, and 2 letters ("ъ" - a hard sign and "ь" - a soft sign) do not designate special sounds.
The Russian alphabet has large (uppercase) and small (lowercase) letters, as well as printed and handwritten ones.

And since 1863 in Russia there was a holiday - the Day of Slavic writing and culture, or the day of Saints Cyril and Methodius - May 24.

Surprise! Here you can download several variants of the Russian alphabet. ;)