What do you know about Russia? What are the first associations? Vodka, matryoshka, grandmother or holidays? The first three we will leave without attention :) But about the holidays - let's stop on them.

June 12 is the Day of Russia - a state holiday that has been celebrated in Russia since 2002.
The holiday appeared in 1992, but it was called "The Day of the Declaration of the Sovereignty of the Russian Federation". 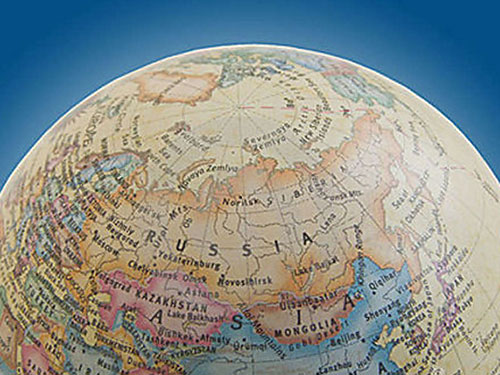 The holiday is new and therefore people are not yet sure about it, but there are already some traditions.
On this day, the President of Russia in the Kremlin presents State Prizes for contribution to the development of science and technology, literature and art, as well as for outstanding achievements in the field of humanitarian activities.
Also in Moscow on Red Square there is a concert and at the end of the day - salute.

It is interesting that on this day many Russian cities celebrate their birthdays (for example, Veliky Novgorod, Gagarin, Krasnoyarsk, Nizhny Novgorod, Penza, Perm, Saransk and Ufa). 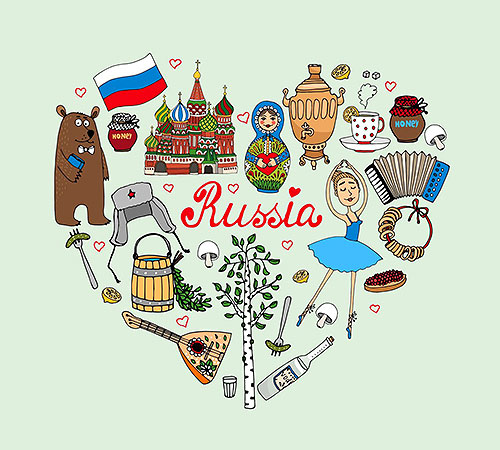 What else we can tell about Russia?
On a national holiday we must acquaint you with the state symbols - the flag, emblem and the anthem.

Or a white-blue-red tricolor.
White color symbolizes nobility, honesty and frankness. Blue is faith, greatness and chastity. Red is courage, generosity and love.

From 1994 we have a holiday of a flag - Day of the State flag of the Russian Federation - on August, 22nd.
When the flag of Russia appeared is very difficult to find out. It is only known that the first mention of the white-blue-red tricolor was at the end of the XVII century.

Golden double-headed eagle with two small crowns, and on top of them there is another large crown. In the right paw of the eagle is the scepter, and in the left - the state (symbols of state power and the unity of the state). On the eagle's chest is a red shield with the image of a rider, who by the spear wins the dragon.

The exact date of the appearance of the emblem is unknown, since were met motives. But, under Ivan III, the two-headed eagle was already a symbol of the Moscow state. Later he was added with the rider and crown. 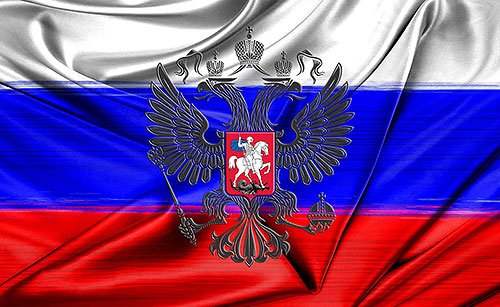 The music and the basis of the text were taken from the anthem of the Soviet Union, the composer Alexander Alexandrov wrote a melody to the verses of the Soviet poet and writer Sergei Mikhalkov (co-authored with the Soviet journalist and writer Gabriel El-Registan).